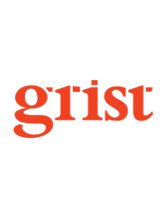 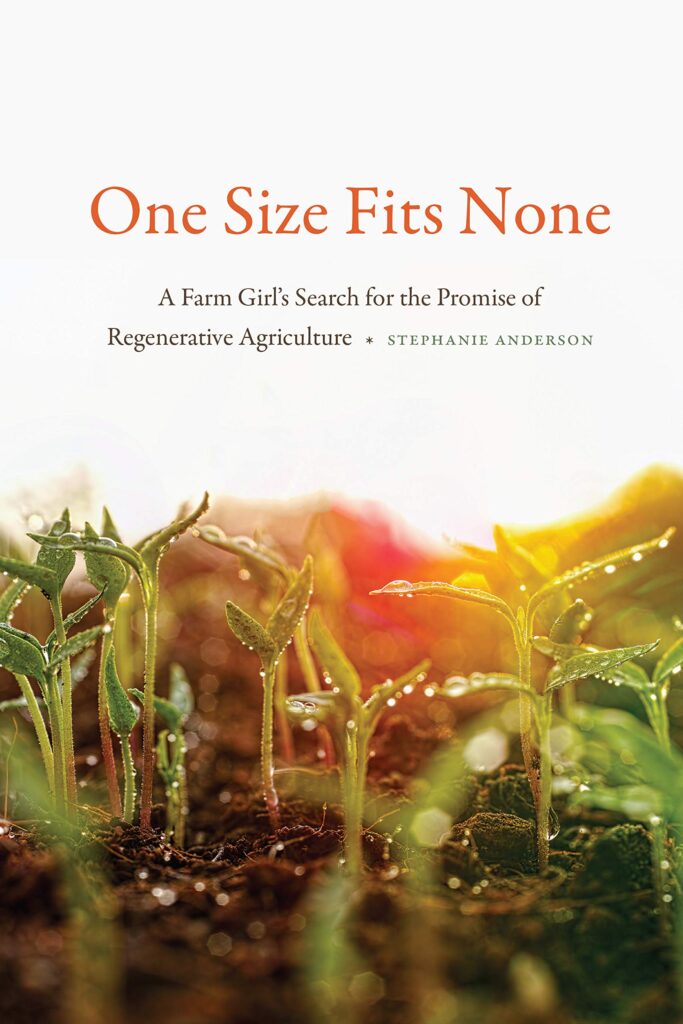 How to Renew the People and the Land: Stephanie Anderson’s One Size Fits None: A Farm Girl’s Search for the Promise of Regenerative Agriculture

Stephanie Anderson’s One Size Fits None: A Farm Girl’s Search for the Promise of Regenerative Agriculture forwards an old idea repurposed for a century of people wondering what to do to create sustainable food sources. The non-fiction work blends memoir, scholarly argumentation, and interviews to demonstrate that in the face of widespread ecosystem destruction caused, in part, by highly technological practices of consumption, we need a better way of doing argiculture. The idea is a holistic process of farming that privileges the health of the soil, the local economy, and the creation/growth of new life, which Anderson calls regenerative agriculture.

It represents a turn back, a turn towards an integrated way of living that cannot accept globalism’s emphasis on the large and the total. Also unacceptable is the unbarred consumption of food or technological and mundane goods that mark our contemporary society. Regenerative agriculture is a way of living-by-doing, as traditionalist as it is radical to the modern consciousness—conditioned as that consciousness has been by liberalism’s drive toward so-called “liberation” from all possible restraints, an emphasis on bigger instead of better, and a default of centralization instead of decentralization. Anderson critiques this consciousness, thinking through bioregionalist tendencies, and labeling the politics of her work a one-size-fits-none approach to living and farming.

As the farm girl of the book’s subtitle, Anderson reflects on both her experiences growing up on a South Dakota ranch as well as on her interviews with famers and ranchers in Florida and South Dakota. Anderson structures her book dialectically; balancing narrative interviews with her own analysis of the state of agriculture in the United States and the world, she demonstrates through hyper-local examples how “[r]egenerative agriculture…creates new life and resources—and it is already leading the next wave of green food production” (xiii). She argues for moving beyond notions of sustainability, which have themselves become so fraught with sustainability and mainstream hipness that they no longer are (and never were, as Anderson shows) enough to restore the land or defend against the eventual desertification of our environment.

Rather, Anderson demonstrates by traveling to several farms that model her idea of regenerative agriculture that our focus needs to shift to a more holistic theory of land management, one that accounts for the entirety of a local ecosystem. From the soil to the plants to the animals to the humans (habitation, labor, economy), a holistic or regenerative theory of land management would, according to Anderson, lead to a set of practices that attends to all of the individual parts that makes up an ecosystem before making decisions regarding the health of that ecosystem. It would also lead to factoring those individuals holistically into the larger ecosystems of which theirs is a part. Isolating anything, Anderson argues, echoing Allan Savory’s Holistic Management (1999), would be to act both without meaning and without an understanding of the vast complexity of local (not to mention global) ecosystems.

This theory of land management is reminiscent of Albert Schweitzer’s oft-quoted idea from his Philosophy of Civilization (1923), “True philosophy must start from the most immediate and comprehensive fact of consciousness: I am life that wants to live, in the midst of life that wants to live” (156). The embeddedness of beings in the midst of other beings reflects what would later become Aldo Leopold’s land ethic, wherein an act is right when it preserves the integrity and stability of the biotic community, an ethic Leopold developed in the eponymous essay, “The Land Ethic” (1949). Clear from both Schweitzer and Leopold is the emphasis on local ecologies, a scale in which an individual’s behavior can have a real effect on their dwelling places and something to which Anderson returns throughout her work. Anderson shows this kind of attention to stability of the biotic community within local ecologies in her chapters covering the need to end CAFOs (Concentrated Animal Feeding Operations). In their place, we ought to structure ranches and animal farms like the Great Plains Buffalo ranch, in which the animals are able to roam and graze as they naturally would (without human intervention). This process in turn enlivens the grass and other plants, allowing for healthier animals, healthier land, and healthier botanical life. Additionally, depending on where one farms in the country, this process likely would look different due to the differing bioregions which make up the United States.

Essential, then, to her book is the idea that “[t]here is no one-size-fits-all approach in practicing [regenerative agriculture]” (xiii) and that instead of imposing policies on ecosystems from far away, we should rather work from the literal soil upwards in order to determine how we should act towards and in concert with the land. Consumption would have to take a second seat, and economies that prioritize fast and convenient access to goods would have to reorganize. “Big Argiculture” would have to be dismantled; notions of bigness and the agricultural standard of “get big or get out” would have to be rigorously defended against by local policies and an insistence on local rather than national government of agricultural policy. Each ecosystem, Anderson argues as evidence for her one-size-fits-none-thesis, “will have unique needs and thus provide different crops and livestock” (264). This fact is relatively obvious if we consider that a fruit like oranges can’t or won’t grow in an ecosystem like that of the Pacific Temperate Rainforests, but they will in a Humid Subtropical ecosystem, like that of Florida.

For Anderson, this allows us to avoid the fallacy of composition (wherein one erroneously believes that something is true of the whole because it is true of a part) when we approach policy and interacting with people in different and diverse ecosystems. “Diversity,” she writes, “will make our food system stronger and better equipped to handle, crop failures, market collapses, and climate change” (264). In other words, we shouldn’t all try to serve the same “niche markets” because we simply can’t—not if we hope to preserve the integrity and stability of local ecosystems (not to mention enabling their regeneration).

While this persuasive and essentially conservative (read: conservation- and stability-oriented) idea about agriculture and land ethics is presented with clear and interesting examples, One Size Fits None could use more and diverse kinds of research to balance the hyper-local examples on which Anderson structures her book. Additionally, a clearer elucidation of who exactly her audience is would assist Anderson in strengthening the argument for a regenerative agriculture to be widely adopted. As an initial illustration of what regenerative agriculture could and does look like in practice, One Size Fits None is an invaluable resource, a step in the right direction of imagining alternative way of doing and organizing life around the soil and farming.

ABOUT THE REVIEWER
John C. Nichols is Graduate Teaching Associate and PhD Candidate at the University of Tennessee, where he specializes in ecocriticism and American literature as well as theories of place, regionalism, and landscape ethnoecology. While he was the John Hurt Fisher research fellow at Tennessee, he assisted with the development of the Literary Knox website and walking tour. He is currently writing a dissertation on landscape agency, ecosystemic ethics, and regional American literature. He has published a brief essay on the dialectics of control in Sergio de la Pava’s 2008 novel A Naked Singularity at The Curator. 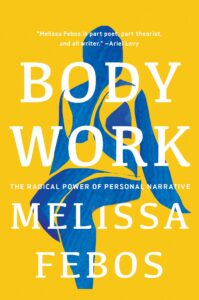 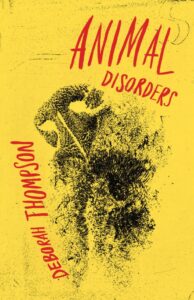 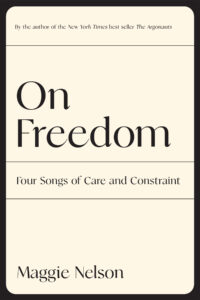 On Freedom: Four Songs of Care and Constraint by Maggie Nelson

On Freedom: Four Songs of Care and Constraint by Maggie Nelson 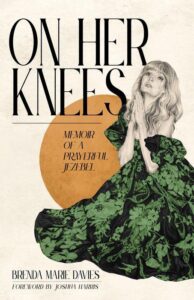 On Her Knees: Memoir of a Prayerful Jezebel by Brenda Marie Davies