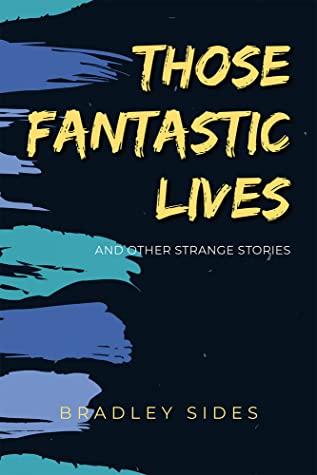 A method artists and photographers use for determining the worthiness or power of an image is to distill, in their minds or through photograph technologies, a color image till it becomes black and white or monochromatic. All distractions of color gone, and with a high contrast between dark and light, you can see the strength of the image most clearly: the apprehended glow of it.

The four stories below, from Those Fantastic Lives, and Other Strange Stories by Bradley Sides, might be the winners of that still-powerful-when-distilled-to-black-and-white image award. Each take the rarefied (yet sometimes murky) terrarium of growing-up-in-an-American-small-town life. Bradley Sides shines his flashlight into that terrarium and sees what we cannot.

In “Commencement”—a story about a valedictorian being secretly chosen (each student’s grades, at this expensive private school, are hidden from students and parents) for the high school commencement speech, which is just about to take place. “We know our parents believe what is to happen is an honor,” the student-narrator says.

The story is full of perfectly-observed high school staff putting on their slightly buffoonish displays of superiority and efficiency expected at a commencement ceremony, but the author’s humor-filled descriptions of the school’s staff only offset in this story a terrible anticipation—dread about who the great and terrible mantle of valedictorian will fall upon. “Our art teacher, Mr. Demings, is everyone’s favorite,” the narrator tells us, “but he won’t make eye contact as he passes us. His hands shake as he gives us our napkins. We ask him if he’s okay. He nods.” This story, with more than a touch of Hunger Games menace creeping through it, may forever change your emotional reaction to the word valedictorian.

In Sides’ story “Losing Light”—who are we seeing? A lost, or phantom brother, or the mystic alter-ego of a child who will someday be a writer or actor or painter, absorbing, in a much different way than others, the world?:

He sat at his little desk in silence most days, staring off into the sky.

This boy, Gresh, when fireflies appear, becomes a phenomenon: fireflies enter his mouth as if entering a castle’s lowered drawbridge, as if returning to home, making his whole body glow. Gresh’s brother tells us:

It was bad enough that I had a brother who housed thousands of bugs. It was even worse that he glowed. The worst, though, was how he sat in the front yard in the mornings with his little notebook and wrote away with nothing but the purely white tips of his glowing fingers. The neighbors used to call all the time and tell us about Gresh. He scared their kids, they said. Really, though, he scared them.

But the story “Losing Light” leaves us, still, at end, in twilight: Gresh’s eventual disappearance leaves the light-filled memory of him, a sort of perpetual twilight, the gentle purpleish-blue and golden light that brings out fireflies. Gresh seems neither to have been born or died; was he real?

The story “Those Fantastic Lives”—this book’s namesake story—introduces us to an old American fortune-teller or reader whose “hands still had to fumble with her antique celestial headwrap in an effort to contain the graying hairs sprouting from beneath its edges” as she is reaching for her front door, about to let someone into her house for a reading.

She knows she verges on ridiculousness:

The midnight-colored ceiling. The scarlet, silk-draped walls. The candles on the edges of the floor. The crystal ball on the table. It looked ridiculous. Nellie knew as much; she hated it herself. But she didn’t have much of a choice if she wanted to compete against the fakes and their entire faux “medium” lives that popular culture had concocted and which had, consequently, tarnished the entire psychic community’s once serious reputation since the ’90s. Colors. Candles. Crystal balls. Customers expected it. All of it.

Nellie, though, didn’t need anything other than a spirit—although, at her age, she did appreciate a sturdy chair.

Her grandson, living with her and observing all, acts out, one day, a grand tantrum during a reading, dismaying the grandmother: why, she wonders, did he suddenly threaten her dignity, her client’s dignity, make such a circus of what she keeps so solemn? The answer to this conundrum—why the grandson-tantrum?—is eventually delivered through another fortune-telling reading. Making you aware of a magic trick of Sides’ own: you, as fiction reader, are simultaneously reading the author’s words, and the grandmother’s words, as she delivers her ‘reading’. Does it just happen this way, like gravity? Or is Sides is saying something about a sacred, entwined twinship: fiction readings, and fortune-telling readings? (Both are messages, transmitted impulsively, intuitively, by ‘gifted’ people, who risk making errors.)

“Back in Crowville” takes place in a fictional town famous for its old-fashioned scarecrows, which its townspeople have long hand-fashioned for sale. Religions speak of an ‘ascension,’ a spirit heading to the sky; in Crowville one day there is a descension instead of an ascension: all who ever died in this town start falling from the sky, descending on Crowville as a vast, falling tribe of returned ghosts:

They had these transparent, glowing quasi-bodies…silent things, too, like you’d expect…within five minutes, the population shot up to at least a thousand. Maybe five thousand. Or even ten. The point is that ghosts were everywhere.

What is curious and funny in “Back in Crowville” is that these falling ghosts are definitely not welcome in any way (though a large number are recognized as ancestors). The heart of the town, apparently, is only big enough for the living. The author writes, “And on the day of the Great Descension, fear is what was really everywhere.”

Reading this collection of stories, you have the feeling Bradley Sides is someone who might (reasonably) be waiting for the glowing spaceship of moviemakers to land and find his stories, make them film. (In color, or in black and white.) And in fact, in this collection, there is a glowing spaceship story. In “The Galactic Healers” glowing spacemen know how to heal earth-ailments and afflictions. Ailments and afflictions crop up again and again in these stories, as do flights to death (or another world). It might be fair to guess that if someone in a Bradley Sides tale is ailing, or sprouting wings, or somehow becoming a human Mason jar for fireflies—or explaining comets, or telling fortunes with a grandson underfoot, or chasing Sasquatch (there really is a Sasquatch tale)—they’re about to take off and go.

And glow, as they go.

ABOUT THE AUTHOR
Bradley Sides‘ writing appears in Chapter 26, Chicago Review of Books, Electric Literature, Los Angeles Review of Books, The Millions, the Rumpus, Southern Review of Books, and elsewhere. He is an MFA candidate at Queens University of Charlotte, where he serves as Fiction editor of Qu. Those Fantastic Lives and Other Strange Stories is Bradley Sides’ debut collection of short stories.

ABOUT THE REVIEWER
Rebecca Pyle lives in the mountainous West (Utah). Her work is in New England Review, Gulf Stream, West Trestle Review, as artwork; and in Map Literary, The Penn Review, Eclectica, Pangyrus, Fugue, as writing. See rebeccapyleartist.com. 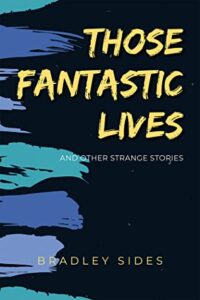 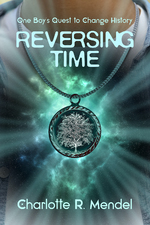